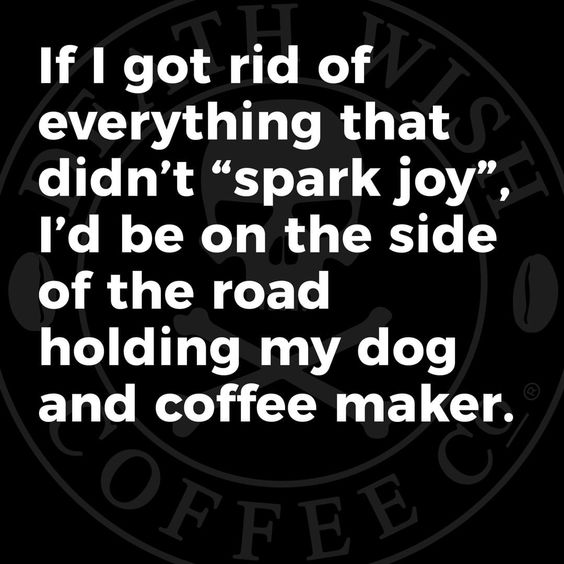 After being married over 26 years, one wonders if there will continue to be surprises or do we settle into a level of complacency. But, I know that is silly because I am married to Brian. While he is predictable, only because I know him better than he knows himself, there are moments where his zaniness overwhelms his predictability.

The unwritten rule in our home is that on the weekends, I don’t cook. We either venture to a restaurant or order carryout. Who I am kidding? I detest leaving the house unless there is a fire lit under my ass, so we mostly opt to carryout. Every weekend is the same question….what do you want to eat? My response usually, is “I don’t care” to which Brian will list numerous amount of choices to which I respond, “those don’t sound good”. Until we fold and just get whatever. It’s our tradition. Until yesterday when he went off the rails.

Our discussion of what to eat was silenced, so I went back to reading my book. All of the sudden, my spouse says, “Pick one of these. A, stop sign, Z, rose, or left.” My brain was fuzzy as I had no idea what the hell he was doing. I asked him to repeat as I thought I was missing something. I chose Z. Then he says, pick a number between 1-4. I picked 2. He then tells me I have selected Mexican (Z) and the number 2 represented El Tarasco (all four where various Mexican restaurants. Then he says, “What time do you want to go?” To which I say, “You all can go, while I sit and wait for you to bring my dinner back.” Then he says, “Blood, Guts, or Dog?” Seriously, at this point, I am beginning to rethink my vows. What the hell is he doing? I chose dog, of course because blood and guts are gross and I love dogs. He says, “You just picked eating in the restaurant. I knew you would pick dog over blood (carryout) or guts (delivery). This game of his, in my opinion, was rigged.

Guess what happened? We got carryout from a totally different Mexican restaurant. His game was certainly creative, but I call bullshit that it was a fair assessment. I found out later that A was pasta, the stop sign was pizza, the rose was for subs, and left was Chinese. These random symbols that he chose made me glad I don’t reside in his crazy head. Never a dull moment with my spouse which leads me to believe that it will continue to get more interesting as time passes. The possibilities are endless.